Bruce Richards
Bruce Richards
"Millennium Calaveras" began in 1998 and ended in 2001.
It consist of works using the sugar confectionary or chocolate skulls used in Mexico to celebrate "Dia de los Muertos".
As Los Angeles was reaching the Millennium with a cyclic shift in population from an Anglo back to a Latino majority.
The death of one age the birth of another. One feeding into another.
A cultural shift that was not a break, but an absorption of one into another, each influencing the other.
They are a mixture of tradition and pop, past and future.
They are our multicultural present. 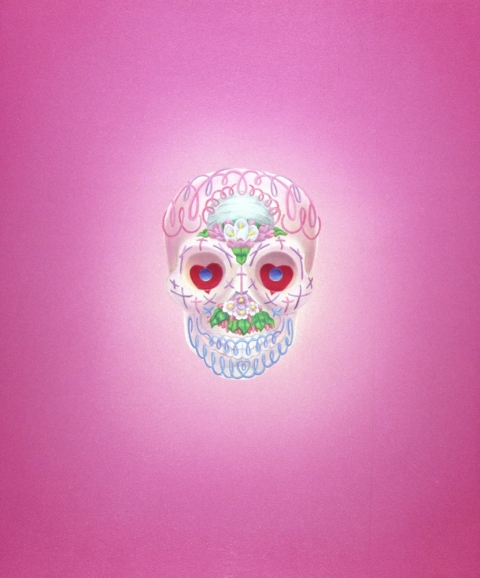